The Piedmont Candy Company in Lexington has delivered Christmas cheer to North Carolina families for generations. Its most popular candies — Red Bird peppermint sticks and puffs — are an iconic flavor of the holidays. Their name gives a nod to the North Carolina state bird, the cardinal, though their popularity reaches well beyond state lines. The candy is part of holidays nationwide, and for many, it is a Christmas tradition passed down through families. 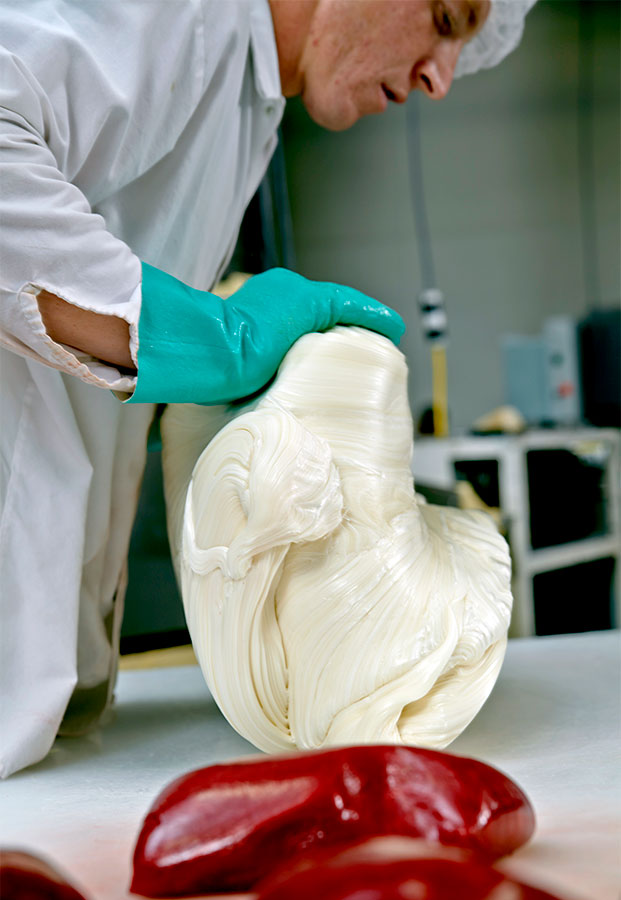 Candy stripes are still molded and applied by hand, making each finished stick or puff a little unique.

The roots of Piedmont Candy Company extend back to 1890 when its founder, Edward Ebelein, the son of German immigrants, became an apprentice in several candy factories in the Northeast. In 1919, he was invited to Lexington to join two other men to form the North Carolina Candy Company. They made many different kinds of candies, including peppermints and Dixie Chocolate Cream Drops. In 1929, the company folded because one of the partners died and the widow requested to be paid for her stake in the business. The Great Depression added to the woes.

Ebelein moved to Puerto Rico to help run an ice cream factory, but returned to Lexington in 1933.

“He bought the junk left over from the sale of equipment from the old company, which included boxes imprinted with the Red Bird logo,” says granddaughter Jeanne Leonard. Ebelein named the company Piedmont Candy Company. Later, Ebelein’s sons, Ed and Robert, ran the company until Robert (Jeanne’s father) became sole owner in the 1950s.

“As a child, I remember one of the workers would always pinch off a little bit of the hot candy before the peppermint was added to give us a warm sample,” she recalls from her visit to the factory. “I was always fascinated by the ladies who could cut the long strips of peppermint into sticks with a big pair of scissors without measuring a thing!”

The company remained in the Ebelein family until 1987, when it was sold to another North Carolina family, the Reids, who continue to run the company today. Doug Reid, who had a background in textiles, ran the company for several years. His son, Chris, now serves as CEO. The company has stuck with the original recipe, save for a few tweaks over the years. 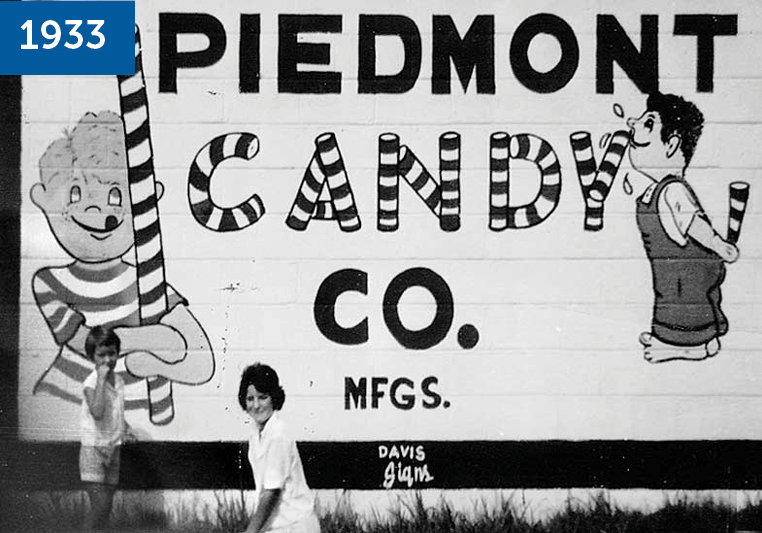 Edward Ebelein, the son of German immigrants, formed the Piedmont Candy Company in 1933, drawing on years of experience at other candy factories. 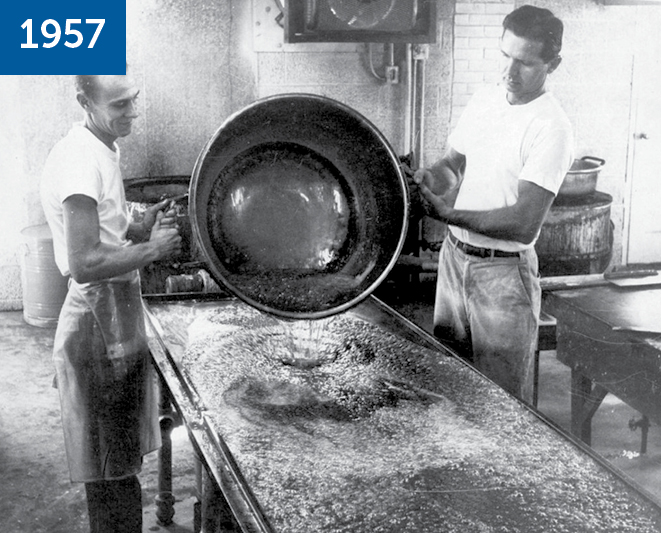 Red Bird candies were made using open copper kettles to heat cane sugar to 300 degrees. Using this method, about 2,000 pounds of candy puffs and sticks were made each day. 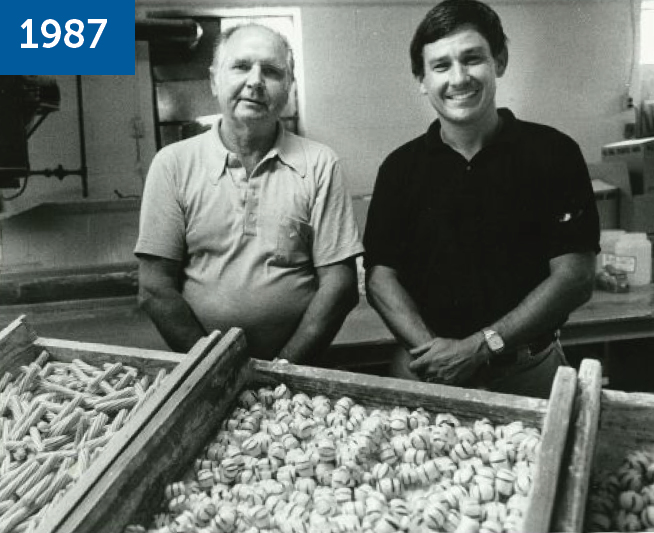 In 1987, the Ebeleins sold the company to another local North Carolina family, the Reids (Left: Robert Ebelein with Doug Reid). Today, the Piedmont Candy Company is one of the few candy companies with production still in the USA.

“What makes our candy different from candy canes is that it is pure cane sugar, peppermint oil, and no corn syrup,” explains Marketing Director Jenna Paquin. Red Bird peppermint sticks and puffs are crumbly, soft and dissolve quickly. Candies made with corn syrup are hard and crunchy.

Up until 2002, large open copper kettles were used to heat the pure cane sugar to 300 degrees. While the company has added modern production equipment to meet its demand of 55,000 pounds per day (up from 2,000 pounds per day in the early years), much of the handcrafted candy process remains the same.

“The candy stripes are still molded and applied by hand, which results in each finished stick or puff being a little unique,” says Paquin. 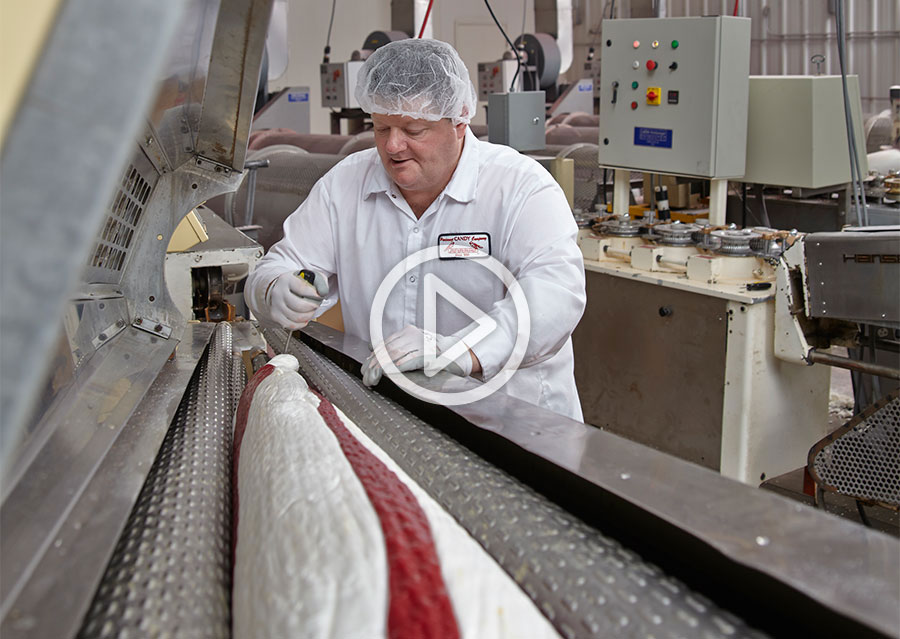 At some point, someone discovered a peppermint stick could be used as a straw when stuck into an orange or a lemon. Paquin says people refer to this treat as citrus suckers. The peppermint sticks sweeten the orange or lemon juice.

“The sticks also are great for stirring into any kind of hot beverage,” she adds. “Other uses during the holiday season are crushed sticks or puffs for chocolate bark or brownies. The nostalgic tie-in makes an extra special baked gift to have around the holidays.”

Paquin says they are always trying to innovate and try new flavors. Cotton candy and birthday cake are popular new flavors. They also have an assorted mix that has 10 flavors, “a treasure hunt of an item.” But the peppermint candy remains the company’s top seller, especially at this time of year, when they evoke feelings of nostalgia for Christmases past.

“The traditional stocking stuffer was a stick of peppermint and a piece of fruit,” Paquin says. “Back when there was not as much disposable income, candy was super special and a big Christmas gift.” 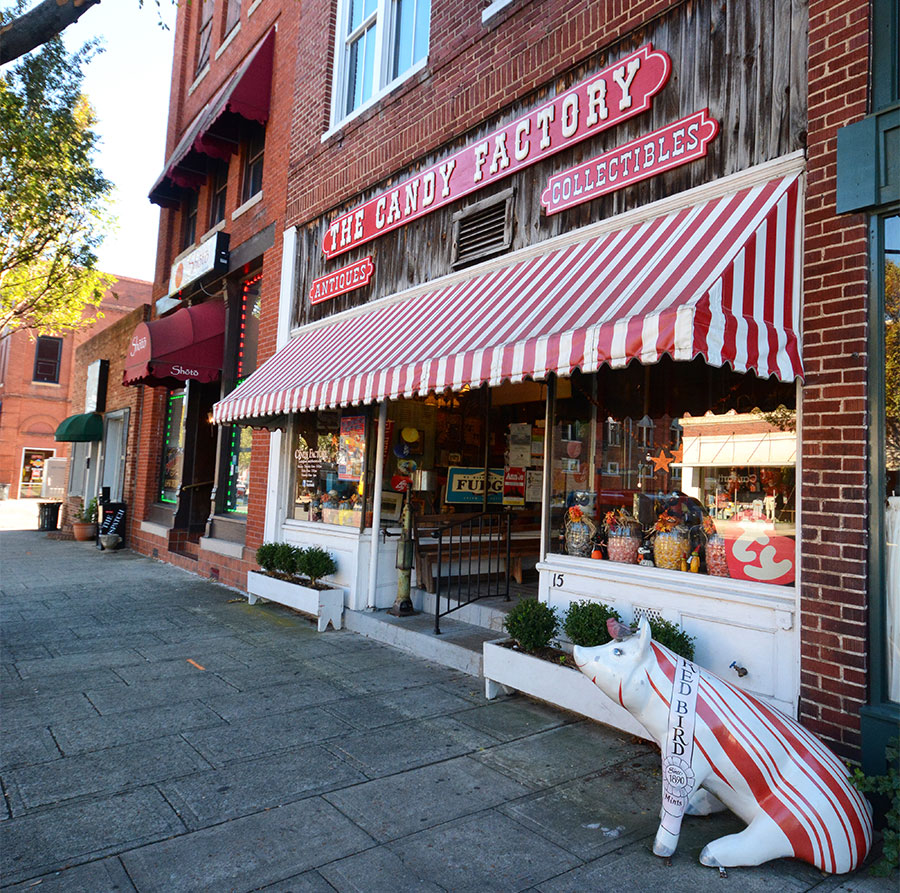 A mile or so from the Piedmont Candy Company is a candy shop that dates back to 1890. Located on Main Street in the old Lexington Hardware Building, the shop — called The Candy Factory — is owned by Jeanne Leonard and her sisters, Leigh Foster and Beth Dean.

The shop was once affiliated with Piedmont Candy Company, but when their father, Robert Ebelein, sold the company in 1987, he kept the retail store.

The old-fashioned candy store is filled with bins, barrels and baskets of a wide variety of sweets. An entire section is dedicated to Red Bird and includes both traditional and new flavors, as well as historical photos and mementoes from the early days of the company. 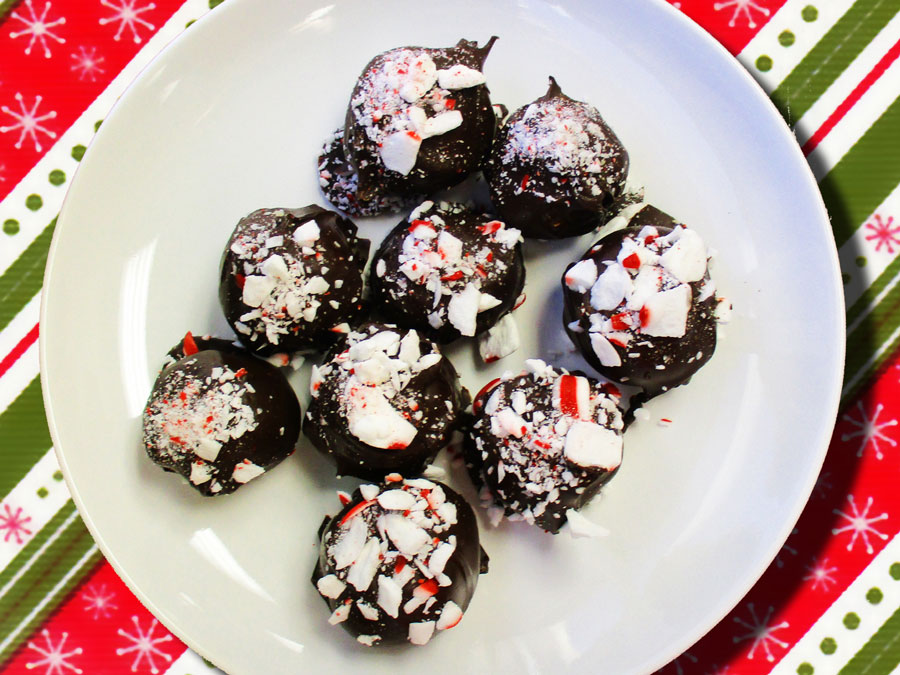 Want more ways to use your peppermint sticks and puffs? Visit celebratethesweet.wordpress.com for more than 20 recipes using Red Bird candies, such as Peppermint Whipped Cream and Peppermint White Chocolate Cookie Pops. Or, grab the recipe for our favorite, Peppermint Crunch Truffles. Sweet!